Manitou Springs, Colorado: Four years from its inception, Mullet™ Cycles is proud to release the long-awaited Peacemaker full suspension mountain bike. The path to developing this bike was anything but traditional, beginning with deceit, drama, and a level of effort that could only be overcome by the deep passion & belief we have for this bike. In the end, if we had to do it all over again… you bet your ass we would. Built for any type of riding, the Mullet™ Peacemaker boasts 6-inches of continuous travel front & rear from our patented D.S.S.P.™ suspension design and tracks like a squirrel on a pine tree thanks to our Mixed-Wheel specific geometry dubbed D.B.G.™.

The Peacemaker’s development is something special as it was our first project and led us to discover a new take on both geometry and suspension design. Built to do everything well without compromise in a bomb-proof package was no easy feat but we made this bike for us and now want to share it with you.

D.B.G.™ was developed 100% in house because we learned a traditional approach to geometry designed for symmetrical wheels did not work.

From where we stand, mountain bike geometry has virtually hit a ceiling after 30 years of development on the “safety bike”. In terms of the symmetrical wheel platform, pushing things like head angles, seat angles and chain stay lengths will eventually compromise a bike’s overall handling and/or limit the performance sweet spot. Slapping on two different sized wheels sounds simple, but a lot of things get shifted around when you have a higher axle path on the front. Everything from technical handling to feedback becomes compromised because the direction of forces from the trail no longer align with those from a mixed wheel bike.

After years of failed experiments & prototypes, we captured the perfect balance… but let’s be honest. We’re bringing back mixed wheels & single pivots, which to many sounds extinct… and now we’re messing with everyone’s precious head angles? We don’t believe in marketing BS and knew what we had worked better. But it wasn’t until our titanium Honeymaker’s success and rave reviews proved we were not just BS’ing ourselves.

Dirt Bike Geometry removes the compromises a symmetrical wheeled bike experiences in unfavorable speed pockets. Simply put, D.B.G.™ on a mixed-wheel platform descends and climbs technical terrain better than any bike we’ve ever ridden. While we’d love to give you every angle we came up with so you’d have something to argue with your friends over, it’s our secret sauce and took us years to wrap our head around.

D.S.S.P.™ is not your parent’s single pivot but instead developed without having to work around a front derailleur. This patented placement and single pivot design eliminates brake jack, is engineered with an ultra low-leverage ratio, and designed to use a DH shock, enabling it to climb & descend unlike anything using only a single shock setting.

D.S.S.P. ™ is the only single pivot designed using the patented combination of Needle and Radial Bearings. Since compromise isn’t in our wheelhouse, we spec our Full Suspension Mullet™ Bikes with the best hardware available for unsurpassed stiffness & dependability. On the outside sit two of Enduro Max™ largest needle bearings and on the inside are two of their largest radial bearings. This row of four massive precision bearing placements enables the suspension to eat lateral forces while being super responsive no matter how hard you rail or land in a turn. A Mullet™ tuned DH shock and low leverage ratio with over-the-top bearing choice means D.S.S.P.™ is virtually maintenance free regardless of riding conditions.

Previous Single Pivot designs often led to brake jacking, swing-arm flex and the all familiar tug-o-war shock settings needed in order to make the shock feel consistent. They wouldn’t climb well if the shock were tweaked to descend… nor would they descend well if the shock were ramped up to climb. In our humble opinion, D.S.S.P.™ nails them both in addition to being super stiff and bomb proof, thanks to the massive double-stacked bearings living on each side of the pivot.

The Mullet™ Peacemaker offers the best traits only a single pivot design can produce compared to multi-pivot designs. Multi-Pivots use a complex system of pivots, rockers, bushings, bearings and linkages. They are often designed around compromises or water bottle cages that result in frequent servicing or creaking.

All the extra goodies

Even the smallest details are important but going overboard is what makes something special. From our over-engineered tube design and exclusive paint colors to the drool-worthy head badges casted in precious metals like bronze & sterling silver by jewelry makers in NYC, we want our customers to be as proud of their bike as we are.

All Frames Designed Around 50mm Stem

Mullet™ Cycles formed thanks to a partnership that happened by chance during what looked like the end of Mike Vidovich’s innovative contribution to mountain biking.

Thanks to his passionate roots in dirt bikes & owning a motorcycle dealership, an unexpected transition led to him carrying mountain bikes, soon sending him into a spiral of wheel size experimentation. Mike carried many key boutique brands and determined a mixed-wheel platform would benefit mountain biking but traditional design needed to be re-thought. He succeeded to convince a company to let him design & have exclusive sales to a model under their brand based on his initial mixed-wheel design which took off better than expected. Shortly after its success,

Mike dropped his other brands just before unforeseen circumstances resulting from a bad business partnership & a loophole leaving Mike stranded with no bikes to sell. As he was packing up & shuttering his shop, owner of Miles Wide Industries, a small bicycle component company stopped by and learned what happened. Still passionate about his design, Mike gave Miles his personal bike to try out for a couple of weeks. Despite initial doubts, after instantly setting numerous personal records, climbing & descending, Miles returned and insisted they start their own bike company based on Mike’s design. Soon after in 2017 Mullet™ Cycles was born.

You can reach Mullet here: 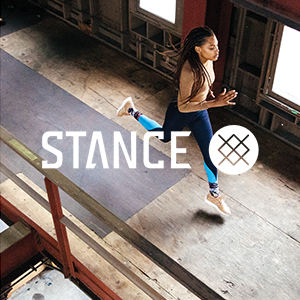 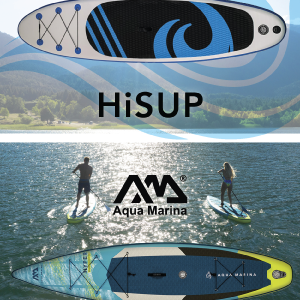 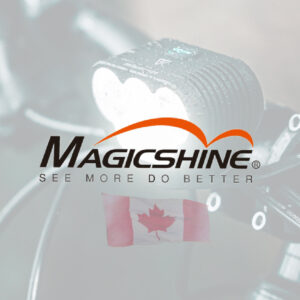