My girlfriend and I took a few days off in October to visit the Laurentians and more specifically Mont-Tremblant. We had already been to Sainte-Agathe-des-Monts several years ago, but very quickly. This was our first real visit to the area. The region offers a multitude of outdoor activities in the summer (biking, hiking, kayaking, etc) and is particularly known for alpine skiing in the winter. Although our visit was directly in the off-season, we found a way to enjoy the area.

To start, we drove from Sherbrooke to the Mont-Tremblant National Park, which is a little more than 3 hours drive. We chose to do Le Centenaire trail, a 9.6 km loop with about 350 meters of elevation gain. We chose this trail because it offers a spectacular view, it is located near the main reception (Sablonnière parking lot) and it offers an interesting hiking challenge without being too long. As is to be expected in mid-October, the trails were muddy and covered with leaves; hiking during this period requires additional preparation. It took us a little more than 2.5 hours to complete the trail, but the Sepaq estimated time is 3-4 hours.

After our hike, we headed to our accommodation. We decided to rent a small chalet at the Bel Air Resort Tremblant. It cost us just a little more than the price of a hotel room so I think it’s really worth it. This choice allowed us to be comfortable to work a little, take some time to rest and prepare nice dinners.

We used the second day to hike the Johannsen Peak, the 15th highest peak in the province of Quebec and the highest north of Montreal (935 meters of altitude). It is possible to do the summit via the Mont-Tremblant ski resort, but the most popular trail is the Toit-des-Laurentides which leaves from the Sablonnière parking lot (the same as for Le Centenaire trail) in the Mont-Tremblant National Park. The advertised length is 14.6 km round trip, but our Suunto watches showed 1 km more at the end of the route. Expect a 650-700 meters elevation gain with some steep sections. This hike took us a little over 4.5 hours, but the Sepaq estimated time is 6-7 hours. You should also be aware that the mud and water can greatly slow down your pace. If you do this trail in the fall, it’s best to have the proper equipment to keep your feet dry and extra clothing for the summit since the wind will probably be stronger and the temperature lower. By the way, an important detail to note is that the summit does not offer a viewpoint, but a nice viewpoint is accessible about 1 km before reaching the highest point. A Sepaq sign will be present at Johannsen Peak with the inscription “935 m” to indicate that you have reached the summit. I would recommend this trail to people who are looking for a challenge and want to check this trail off their list, but this is not where you will find the best km/viewpoint ratio.

Originally, we had planned to use our third day to summit the Mont-Tremblant ski resort, which is the 17th highest peak in the province of Quebec (868 meters of altitude). However, we opted for a more relaxed day visiting the village of Tremblant and the surrounding area. We first walked along the Chemin du Village, past Lac Mercier and Lac Moore, before driving to the P1 parking lot in Tremblant village. This parking lot is free and allows you to start your visit of the village from its southern end. The parking lot can be reached by taking Chemin des Voyageurs near P2. The village offers several outdoor/ski stores and restaurants. At the time of our visit, the lack of staff and the off-season meant that restaurant hours were reduced. We were still able to take a beer at the end of the afternoon at P’tit Caribou while looking out over Lac Miroir. The day ended at the gastronomic restaurant La Quintessence which offers refined dishes, an impressive wine cellar, but above all a warm decor and an incredible view of Lac Tremblant.

DAY 4 – Driving in the Laurentides

Our fourth day arrived, and it was already time to leave. We took advantage of this day to quickly visit the many towns that we could pass by on our way back. We stopped for lunch in Saint-Jovite at a small local restaurant and passed through the towns of Sainte-Agathe-des-Monts, Val-David and Saint-Sauveur; all towns that would be worth stopping in. The last stop of our vacation was the Dieu du Ciel! microbrewery located in Saint-Jérôme. This microbrewery is one of the pioneers in the province of Quebec and personally one of my favorites. On site, it is possible to eat and bring back special edition beers. Not far, in Blainville, the Relais Boréale is another must for beer fans. For us, it’s on the list for a next visit to the Laurentians.

The only downside of our vacation was that it was too short. It was a first experience for us that set the table for many other future escapades. Among the other hikes we had considered nearby, I can recommend you look at the Grand Tour du Mount Kaaikop (830 meters of altitude, 18th highest peak in the province of Quebec), the Cap 360 (6 km) with the Mont Gorille (18 km) and the Grand Brûlé trail at Mont-Tremblant (13 km). For cycling and road running enthusiasts, the P’tit Train du Nord, a 234 km bike path that crosses the Laurentians from south to north, is a must. For epicurean, each town in the Laurentians has its own distinctive restaurant, and new “Laurentian Brewery Tours” have been launched, offering a chance to visit local microbreweries by bike on the P’tit Train du Nord. The Laurentians remain an outdoor destination of choice even in off-season.

THE FEEL TO GTFO

Maxime did a review about the Smartwool baselayer

Stéphanie,Maxime and Jonathan will review 3 pairs

Our definition of a happy friday. 📸 @jonathan_4

Our friend Alex Godard has a new movie out about h 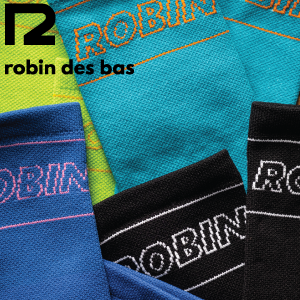 MY VISIT TO PARC NATURE ECO-ODYSSÉE